PSPHacks.net and 71M, in cooperation with RK Digital.net, Heavy.com and Newgrounds.com have recently announced the release of a PSP Flash Player. This opens up a whole new world of multimedia, video and gaming experiences to Playstation Portable owners. Being a homebrew application, and as such not officially sanctioned by Sony or Adobe (who recently “merged” with Macromedia and aquired it) this Flash player is still in its infancy and does not support the entire featureset of the current Flash Player.

Upon the features not currently supported is MP3 support, and it only supports Actionscript up to version 7. So for now, you’ll have to make due with timeline based animations that aren’t so interactive. Thats fine by me, one step at a time. 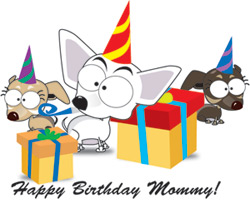 Got a version 1.5 PSP loaded chock full of homebrew? Want to use the new browser found in 2.0 but without upgrading to 2.0? Well now you can! Until recently, browsing the web on a homebrew-capable version of the sony psp (firmware versions 1.0, 1.5, 1.5.1) meant one had to download an illegal iso containing one of three available browsers. Three games were found to contain web browsers, primarily as a method for obtaining additional online content such as extra levels and tracks. These games are: Fired Up, Tenchi No Mon, and the first game to have its online browser component ripped from it – Wipeout Pure. Now while this was a fantasitic solution for a while, the release of the much more refined and feature-rich NetFrontâ„¢ browser found in newer 2.0 updated PSP’s soon made these browsers look rudementary applets. But access to this nifty new browser required you to update your PSP to the homebrew killing version 2.0* – until now.

MPH Firmware Launcher is a great homebrew application that emulates the various firmware versions available for the PSP. The premise is simple. You download the update for the version you wish to use. In our case, its 2.0 – the one with the new browser and the fancy AVC video codec. You perform a “fake” update that basically decrypts the update and installs the files extracted from the volume onto your memory stick. Now you effectively have a 2.0 installation of Sony’s proprietary OS named XMB (Cross Media Bars) The MPH Firmware Launcher then lets you load that installed version from your memory stick – not your flash memory. Getting too technical? Ok, follow this tutorial and you will have no problem installing the firmware launcher.

For those worried about damaging their PSP, fear not. The process never touches your flash memory – the stuff that runs your PSP. The process does not upgrade your PSP to 2.0, so you don’t loose the ability to run other games and applications. Best of all, now we can use all the browsers available to PSP users to develop and debug websites and portals. I personally advocate developing for the much more competant NetFrontâ„¢ browser found on 2.0 PSP’s. Its CSS support is outstanding for a mobile device, allowing for CSS layouts. Comparitively, the other browsers cannot match up. CSS support is slim to none, with only basic support for html tags.

If you have a version 1.5 PSP and want a nice browser and the new AVC codec, give this a shot – its a great way to keep from upgrading your PSP and getting all the new functionality Sony is releasing with the newer firmwares.